DeWalt DW734 vs DW735 : How do these planer’s compare? Which one is right for you? We help you understand what sets these two models apart and why you would choose one over the other.

If you’re setting out to buy a new wood planer, it’s likely that DeWalt could be one of your top choices. Carpenters, contractors and DIY enthusiasts alike all rate this as one of best power tool brands. If you’ve already made your mind up, deciding that the DeWalt is the way to go, your only remaining question would be DeWalt DW734 vs DW735.

This Makita costs more than the Dewalt planers but the quality is a step above, able to handle all wood types with ease, creating a finish that you will be proud of, without compromise.

If you’re a professional woodworker, this is the model for you. Easy to setup. Engineered to perfection, which you’ll notice immediately. The choice is yours. The Dewalt DW735 is perfect for most DIY homeowners who don’t need the best. Stick within your budget. This is just an alternative to consider.

The difference between the DW734 and DW735 aren’t immediately apparent. On the face of things, these both look like very capable thickness planers. Before you make a decision regarding DW734 vs DW735, take a look at our comparative review. This should clear up any questions as to which might by the best planer for you.

There’s another option from DeWalt that might make your choice all the more confusing. Though this would be a simpler one to address. The DeWalt DW735 is definitely the more capable planer of the two. So, if you want to cut to the chase and simply choose the best option, the DeWalt DW735 (vs DW734), there’s only one decision left: DeWalt DW735 vs DW735X. I’ll help you with that decision too.

Now, DeWalt is not the only manufacturer of high-end planers, there are some great alternatives to both the DW734 and DW735. You might also want to consider the Makita 2012NB. This is, most certainly, a worthy rival to the two options available from DeWalt. To keep things interesting, I’ll also be reviewing the Makita planer. For some, this might be the better choice.

Right, let’s get down to business, comparing the DeWalt DW734 to the DW735. I’ve already mentioned that the upgraded DW735 is the better planer. It has a slightly larger width capacity, though I wouldn’t base my decision on an extra ½” board width. There are a few more important advantages to the DW735. By reviewing the two planers side by side, comparing them as I go, you should be able decide for yourself which is going to be the best planer for you.

Being a slightly smaller planer, the DW734 has the advantage of being one of the best planers for portability. The weight difference between the DW734 and DW735 is certainly noticeable. The smaller DW734 is full 12-pounds lighter at 80-pounds.

This is, like any DeWalt planer, an immensely powerful machine, capable of handling hardwoods. Though, the standard 3-knife cutter head, whilst very capable for most wood types, is not the best for harder woods. For the smoothest cut on hardwoods, I’d recommend fitting the Shelix (Shear and Helix) cutting head. This is sold separately and is not a standard item on either the DW734 or DW735. Though, even the standard cutting head is better than most. The 15A motor spins at 3,000 RPM, delivering 10,000 RPM at the cutting head. This gives you 96 cuts per inch with great torque, thanks to the 3:1 RPM ratio.

The DeWalt DW734 has a good table, with great infeed and outfeed tables, providing an extra 33½” material support. The tables are crafted from quality aluminum and fold up for better portability. This machine has a wonderful 4 column carriage, giving you a very stable platform with greatly reduced snipe. The carriage lock is manual. The DeWalt DW734 has a depth capacity of 6” and the maximum depth of cut is ⅛”. A handy turret depth stop means you can repeat frequently used depth settings quickly and easily.

A large plastic handle, at the top of the machine, combined with a material removal gauge (and really large thickness scale), make for excellent settings with perfect accuracy. The width capacity is 12½” and it has dust extraction hood with a port for a vacuum extractor or shop vac.

It’s clear, at a glance, that the DW735 is more robust planer. You just need to look at the quality aluminum depth adjustment handle at the side, and DW734 vs DW735 argument indicates that this is a more professional-grade machine.

Probably, the most compelling reason to choose the DW735 over the DW734, has to be the amazing 2-speed gearbox. The DW735 uses the same 15A 2,000 RPM motor as the DW734, also producing a maximum 1,000 RPM at the cutter head. The improvement is a large, chunky, dial that allows you to choose between speeds, transmitted through a smooth heavy-duty gearbox. This gives you the choice of 96 CPI, or 179 CPI. The DW 734 only has single speed for 96 CPI. This model has the same 3-knife cutter, with the option of upgrading to the Shelix cutting head.

The automatic carriage lock is another upgrade found on the DW735. This model also uses a sturdy 4 column carriage. Aside from the extra ½” width capacity, the other specs are the same as the DW734 – maximum depth of 6” with up to ⅛” depth of cut. The DW735 also has the easy to use enlarged thickness scale, material removal gauge, and turret stop.

There’s one final upgrade to the DW735 that I feel deserves to be mentioned. This planer has a fan assisted chip extraction system. The debris is blown out the back of the machine, providing a perfectly clean work surface, free of wood chips, without the need for a dust extractor or shop vac. Though, unlike a dust extraction system, your woodchips aren’t sucked up into a bag. You’ll need to clean up behind the machine once you’re done. It does have an adapter for a dust extractor, offering the best of both.

Because this is basically the same planer, with a few extras, all specs remain the same. Essentially, this is an extra-value deal. Buying the planer, tables, and knives as one package, you’re saving a bit compared to buying all these items individually.

The DeWalt DW734 is a more budget-friendly option, in that the infeed and outfeed tables are included in your purchase price. You have to pay extra for these when buying the DW735. The weight factor, when comparing the DW734 vs 735, also places the DW734 at a distinct advantage.

However, the more discerning woodworker will certainly appreciate the 2-speed gearbox fitted to the DW735. I prefer the more professional grade build quality of the DW735, most notably the fantastic extra-thick base. Automatic carriage lock does help for easier working and less chance of a mishap. The additional woodchip extractor is not, what I’d consider, the most important advantage. It may not always be possible to use a dust extractor, so this could be beneficial. But a full dust extraction system is better because it removes and bags the woodchips for you.

Both the DW734 and DW735 have the one of the best warranty / service plans: 3-year warranty, 90-day quality guarantee, and a 1-year free service plan.

The Makita 2012NB vs DW734 vs DW735 makes for a very interesting comparison. I consider both brands to be in the same league. This being affordable professional-grade power tools, or high-end DIY tools. They, therefore, appeal to broad spectrum of power tool buyers. Making them equally popular.

The Makita 2012NB is the smallest of the three planers, with a 12” width capacity. The slightly more compact size and considerably lower weight of only 59.5 pounds make the Makita the best in terms of portability. This would be a great advantage for contractors requiring a portable jobsite planer. Despite the smaller size, and slightly lower width capacity, the mighty little Makita is just as powerful as the two DeWalt planers in this review, with a fantastic 15A motor, producing 8,500RPM no-load cutting speed. Using a 2-knife cutter, the Makita has a feed rate of 27.9 feet per minute. It’s also amazingly quiet, compared to most other planers, with a noise level of only 83dBA.

Just about all the technical specifications place the Makita 2012NB on a par with the DW734 and can compare well to the more accomplished DW735. It has wonderfully polished infeed and outfeed tables, as well as an incredibly stable 4-column carriage. It also has an automatic carriage lock, Makita call this Interna-Lok Automated Head Clamp. Comparing it to the DeWalt planers, this function is only available on the DW735, not the 734.

Cutting depth is ⅛”, with a maximum depth of 6³⁄₃₂” – basically the same as the DeWalt planers. It has a similar depth adjustment handle as the DW734 and everything is just as easy, with large scale markings and an adjustable depth stop. The Makita 2012NB might be the easiest planer when it comes to simplified blade changes. It also has a very handy, detachable toolbox for blades, wrenches, and other accessories. Although the Makita 2012NB is dust extractor ready, you need to purchase the dust hood separately, it’s only available as an optional extra. A magnetic holder and portable stand are also available as add-on items.

Being the lightest of the three planers, the Makita NB2012 is the winner as being the best portable jobsite planer. I like the advantage of an automatic carriage lock, as this reduces the chance of snipe. The only real downside to this planer, compared to the DeWalt alternatives, is the 12” width capacity (1” less than the DW735 and ½” less than DW734). Like the DW734, the Makita includes the infeed and outfeed tables, something I consider to be more of a necessity than an optional extra. The Makita warranty isn’t as comprehensive as DeWalt, though I don’t see this as a reflection on the overall quality. Makita offer a 1-year warranty and 30-day satisfaction guarantee on all their corded power tools. 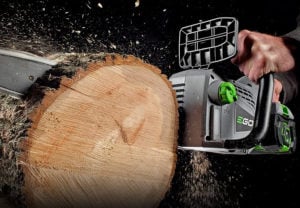 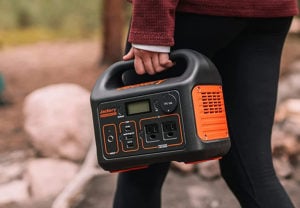 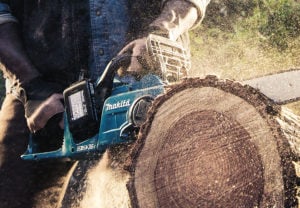 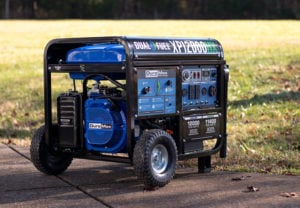 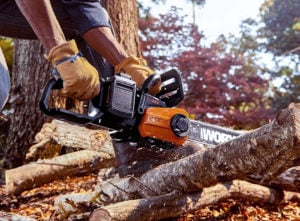 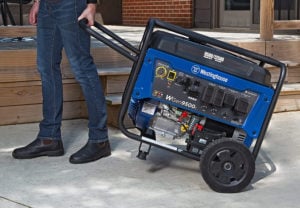 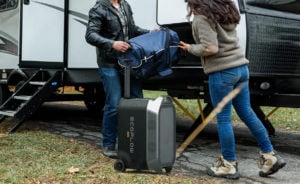 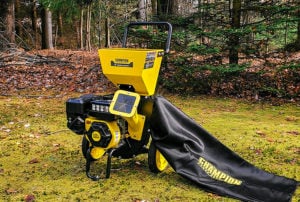 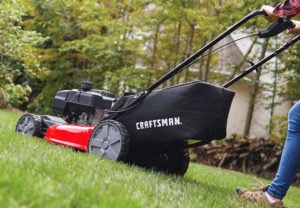 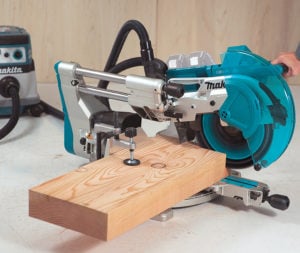 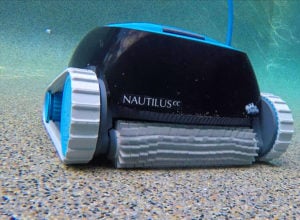 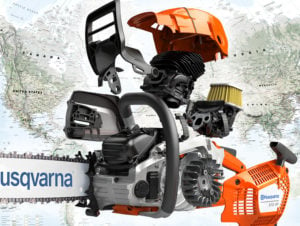 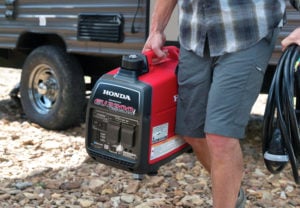 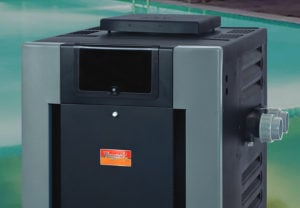 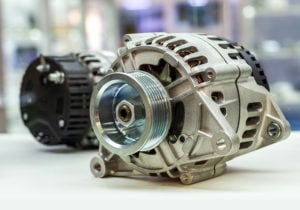 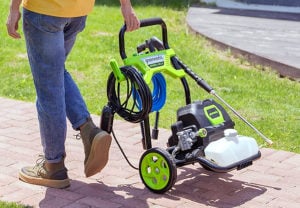 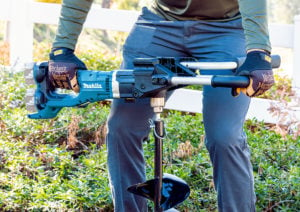 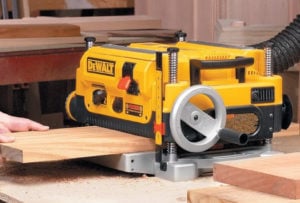 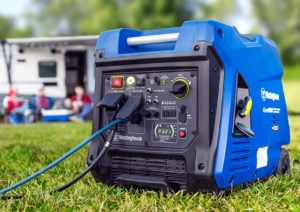 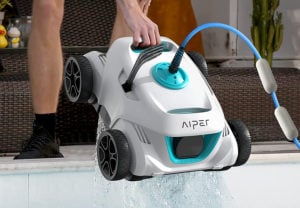 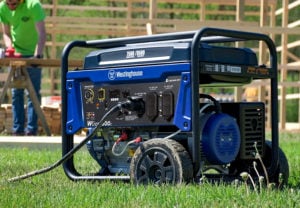 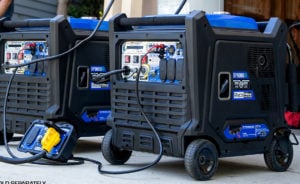